Ranikhet – For A Cool Summer Retreat 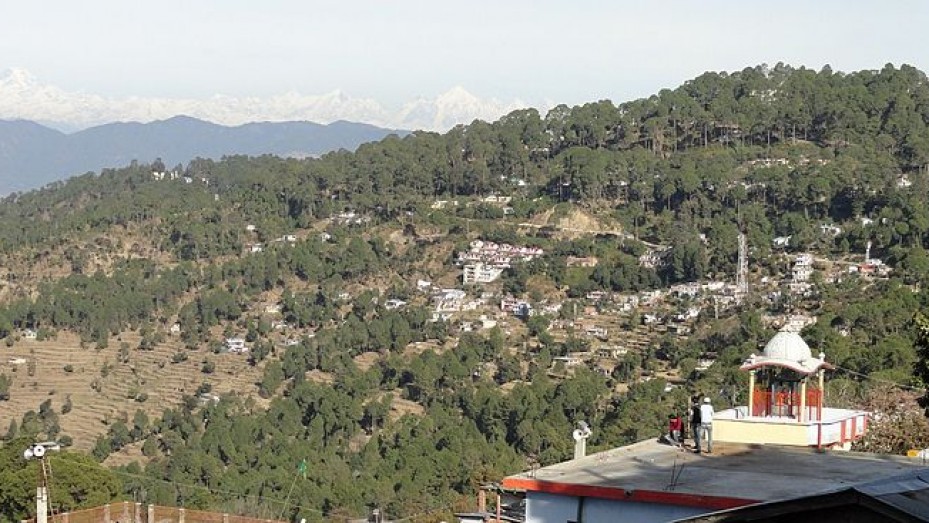 Ranikhet, widely known as the ‘Queen's Meadow’, is a scenic hill station of the Almora District. According to a folklore, Padmini, the beautiful queen of Kumaon region visited Ranikhet and was awe-stricken by the beauty of this place. Therefore, her husband King Sukherdev constructed a palace at this place and named it 'Ranikhet'. Though there is no archaeological evidence for this palace, the story is still alive in every nook and corner of Ranikhet.

Tourist Places In And Around Ranikhet

The Jhula Devi Temple and Binsar Mahadev are two of the most prominent shrines of Ranikhet. The temple of Jhula Devi was constructed during the 8th century. This temple is devoted to the Hindu Goddess Durga and numerous pilgrims visit here to offer prayers to the deity. Binsar Mahadev, located at a distance of 15 km from Ranikhet, is dedicated to the Hindu God Shiva. This temple is surrounded by cedar forest and has a natural water spring.

Another well-known tourist attraction of the place is the Kumaon Regimental Centre Museum and Memorial. It exhibits the sacrifice and bravery shown by the soldiers of Ranikhet. In 1978, a museum was also built to preserve the legacy of the Kumaon Region. A parade is organised here in honour of the soldiers who sacrificed their lives for the country.

Majhkhali is another popular tourist spot located on Ranikhet-Almora Road. Travellers can enjoy the breathtaking views of the Sonya Peaks from this place. Blessed with hilly terrains, lush-green valleys, and comfortable climate, this is an ideal place for holiday-makers. Another place here is Upat, which is a paradise for the golfers. The 9-hole golf course present here is counted among the best golf courses in the country. This place offers mesmerising views of the enchanting peaks of the mighty Himalayas.

Chaubatia is famous for its lush-green orchards of delicious apples, peaches, plums, and apricots. Apart from the lush-green orchards, this place is a popular picnic spot offering beautiful views of the peaks such as Nanda Devi, Nilkanth, Nandaghunti, and Trishul. Travellers planning to explore Ranikhet are advised to visit Rani Jheel, a large artificial lake that was developed for the purpose of rainwater harvesting by the Cantonment Board. It is developed between two natural ridges of Kendriya Vidyalaya and Canossa Convent School of Ranikhet. Located at an altitude of 7500 ft above sea level, travellers can enjoy boating in the lake.

The British rediscovered this place in 1869 and transformed it as their summer retreat. They established the headquarters of the British Kumaon Regiment here. Presently carrying the colonial heritage, Ranikhet serves as the headquarters of the famous Kumaon Regiment of the Indian army. This enchanting place has a large tourist influx for its lush-green forest and meadows. Surrounded by the snow-capped ranges of the mighty Himalayas, this hill station is nestled on the upper hills of Kumaon at an elevation of 1869 m above sea level.

Located at a distance of 60 km from Nainital and 50 km from Almora Town, Ranikhet offers an opportunity to relax amidst lush-green pine, oak, and deodar forests. Travellers can spot varied species of animals such as leopard, barking deer, sambar, leopard cat, mountain goat, Indian hare, red-faced monkey, pine marten, jackal, red fox, langur, and porcupine in the forests. Besides, Ranikhet has numerous tourist attractions, which include temples, trekking, and sightseeing points.

Tourists can enjoy shopping at Sadar Bazar, which is the prime shopping centre of Ranikhet. The market area has several restaurants and hotels. Visitors can shop for ethnic items and distinctive embroidered clothes. The Mall is another popular and less-crowded market, where travellers can buy unique tweed shawls, woollen shirts, jackets, and kurtas. Handmade woollen products are also available in the market at a reasonable price.

Chaukhutia is another noted tourist spot located at a distance of 54 km from Ranikhet. Located on the serene banks of the River Ramganga, this place derives its name from a Kumaoni word ‘Chau-khut’ meaning four feet. In the context of this place, the four feet refer to the four ways. The first way leads to Ramnagar, the second to Karan Prayag, the third to Ranikhet, and the fourth leads to Tadaktaal. A place called Kheera can also be reached by this fourth way. Therefore, this place offers easy accessibility to the entire region.

Mountain Biking and Trekking are the most popular adventure sports that one can enjoy in Ranikhet. Other attractions of Ranikhet are Dwarahat, Bhalu Dam, Tarikhet, Kumaon Regiment Golf Course, Cantonment Aashiyana Park, Sunset Points, and Khoont. Sitalkhet, Jaurasi, and Khairna are also worth-visiting places here.

How To Reach Ranikhet

Ranikhet is well connected to other parts of the country by air, rail, and road.

The region experiences moderate climate throughout the year. The summer season is considered to be ideal to explore this beautiful destination. Travellers can also visit here during monsoons, as the climate remains pleasant during this time.

Ranikhet is Famous for

How to Reach Ranikhet