Puri - Where The Lord Of The Universe Reigns 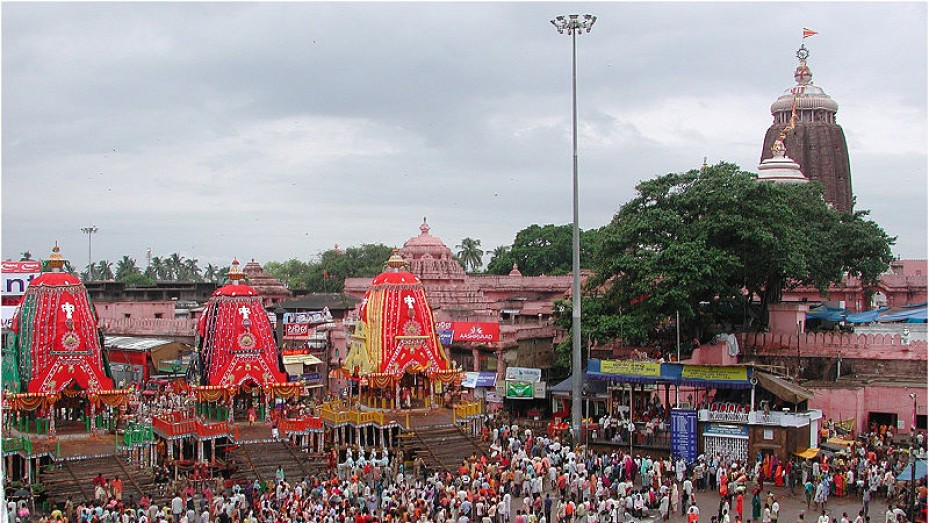 Puri, a city in the state of Orissa in eastern India proudly stands on the Bay of Bengal. It is 60 km away from Orissa’s capital Bhubaneswar. Puri is also referred to as Jagannath Puri because of the Jagannath Temple which makes the city so popular. According to people, a Hindu pilgrimage in India is simply incomplete without a visit to Puri. The Jagannath Temple is India's only shrine where Radha, along with Durga, Lakshmi, Parvati, Sati, and Shakti abodes with Krishna. This is considered the holy land of Lord Jagannath and the Puranas has given it multiple names such as Purusottama Puri, Purusottama Kshetra, Purusottama Dhāma, Neelachala, Neeladri, Srikshetra and Shankhakshetra.

The Grand Chariot Festival Of Puri

A vast number of visitors travel to Puri every year to be a part of the Rath Yatra or Festival of Chariots. During the festival, idols of deities Jagannath, Balabhadra and Subhadra are placed in richly adorned chariots and are taken in a procession to the Gundicha Temple and brought back to Jagannath Temple. The festival usually occurs in the month of July. This festival is the most important attraction in the calendar of Puri tourism.

Tourist Places In And Around Puri

Puri tourism presents a myriad of temples to its travellers. Puri, as believed by Hindus, is one of seven most holy places in India. Apart from the world famous Jagannath Temple, the Chakra Tirtha Temple, Mausima Temple, Sunara Gaurang Temple, Shree Loknath temple, Shree Gundicha Temple, Alarnath Temple and Balihar Chandi Temple are important places of worship for the Hindus. Monasteries like the Govardhan Math offer divine solace to the soul. The Bedi Hanuman Temple has local legends related to it. The Puri Beach is another important tourist hotspot. The annual Puri Beach Festival boosts tourism in Puri.

This beach is considered to be sacred by the Hindus. Moreover, the picturesque view is truly enchanting. Tourists who wish to catch a glimpse of the rising sun or those who wish to end the pilgrimage looking at the setting sun can do so at the Balighai Beach which is located on the Puri Konark Marine Drive. Another place of religious interest in Puri is the Swargadwar, which is a Hindu cremation ground. Raghurajpur which lies 14 km away from Puri can be called the cultural capital of India.

Shakhigopal is one of Orissa’s most famous pilgrimage spots just 20 km from Puri. Another amazing attraction for water lovers or those who enjoy surfing is Satapada which is just 50 km away from Puri. A number of buses and taxis are available from Puri to Satapada.

Puri’s handicraft and cottage industries are popular all over the world, the temple craft of Lord Jagannath being the most famous. Stone engraving, appliqué, patta chitra, carving out of wood, modern patch work, terracotta, bell metal, and crafts made out of seashells boost the classic traditional culture and heritage of Puri.

Many small-scale industries also run in the region. Do not forget to pick some of the fine hand-crafted items. For those looking to purchase appliqué handicrafts, there can be no place better than Pipili which is just 40 kilometers away from Puri.

How To Reach Puri

Puri is well connected with air, road and rail

The best time to visit this place is from the months of June to March.

Puri is Famous for