Punjab – A Land Of Fun, Festival And Food 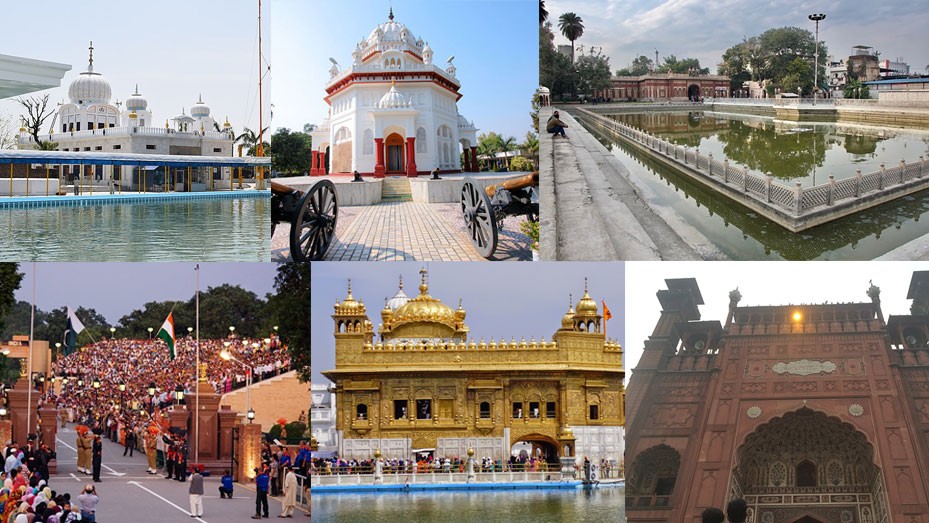 Punjab is situated in the north-west of India and is surrounded by Himachal Pradesh, Jammu and Kashmir, Haryana, Rajasthan and Pakistan in the west. Despite being one of the smallest states of the nation, Punjab excels in prosperity.

After the Britishers divided Punjab region into India and Pakistan in 1947, Punjab was once more divided into Punjab, Himachal Pradesh and Haryana in 1966. It has remained the gateway to Greeks, Afghans, Iranians and people from Central Asia.

Punjab has historical significance as its mention is found among the Greeks and Zoroastrians. They refer Punjab as the land of five converging rivers. Thus, agriculture is the biggest occupation of the people. Punjab is the region where maximum followers of Sikhism are found.

Punjab has fertile alluvial soil and is well supported by irrigation canals. While the north-east part of the state is at the foothills of Himalayas, the south-west part merges with Thar Desert. Weather conditions reach extremes in Punjab, which is characterised by the hot summer and cold winter. Heavy rainfall is experienced during monsoon months.

This region of the country lacks natural forest. Some fruits like orange, pomegranate, apple, peach, fig, mulberry, quince, apricot, almond and plum are cultivated here. Stretches of land are covered with bushes, shrubs and grasses. Punjab has the best infrastructure in India. It is known as Granary of India and produces wheat, rice, sugarcane and many other vegetables.

Crocodiles are common species found in the water. Silkworm and bees are reared. Horses, camels and buffaloes are domesticated. Many other species of mammals can be discovered through Punjab tourism.

Chandigarh is the capital city of Punjab and one of the best-planned cities of India. The culture and civilisation of the place is something that will interest tourists. Majestic palaces, temples, shrines and historic battles have made the place apt for tourism.

Various cities, like Faridkot, Jalandhar, Kapurthala, Ludhiana, Pathankot, Patiala, Mohali and others, carry their own charm and dignity. Every place has its own unique feature to reveal as one explores them.

Culture and heritage are major aspects of Punjab tourism. Various forts, like Gobindgarh Fort, Qila Mubarak, Sheesh Mahal and Jagatjit Palace, reflect the imperial stature of the rulers of the yesteryear. Attari Border, Aam Khas Bagh, Baradari Gardens, Takhat-i-Akbari, Jallianwala Bagh and Rauza Sharif are some of the renowned monuments.

Government Museum and Art Gallery, Shaheed-E-Azam Sardar Bhagat Singh Museum, Pushpa Gujral Science City and Maharaja Ranjit Singh Museum are some of the museums which have beautifully preserved the memorabilia worth visiting.

Pilgrimage sites in Punjab tourism include Dera Sant Garh, Gurdwara Garna Sahib, Gurudwara Sri Darbar Sahib, Gurudwara Shahidganj Talwandi Jattan and many other gurdwaras which are almost found in every village of the state. Sri Ram Tirath Temple, Durgiana Temple, Shiv Mandir Kathgarh, Kamahi Devi Temple and Devi Talab Mandir are some of the religious places for Hindus. Moorish Mosque is the holy place for Muslims residing in Punjab.

Sanghol, Archaeological Museum and Rupnagar are some of the archaeological sites, which bring a different perspective of Punjab tourism. Chhatbir Zoo, Takhni-Rehmapur Wildlife Sanctuary, Kanjli Wetland, Harike Wetland, Tiger Safari and Deer Park are the wildlife sanctuaries of Punjab which has added to the beauty of the state.

Punjab tourism gives an opportunity to look into the Punjabi culture and tradition. Sikhism is mostly followed by people residing here. Golden Temple situated in Amritsar is the holiest shrine for the Sikhs. Gurdwaras are almost found in every village of Punjab. Hinduism is the second religion followed here. Punjabi is the official language of Punjab.

People here are lively and enjoy life with various cultural programmes. Music with dance along with a myriad of dishes is a common scenario here. Lohri, Basant, Baisakhi and Teej are some of the festivals of Punjab.

Bhangra is the popular dance form of Punjab. It was earlier a form of harvest dance but slowly gained a global status. Folklore is another aspect of Punjab where years of history is narrated.