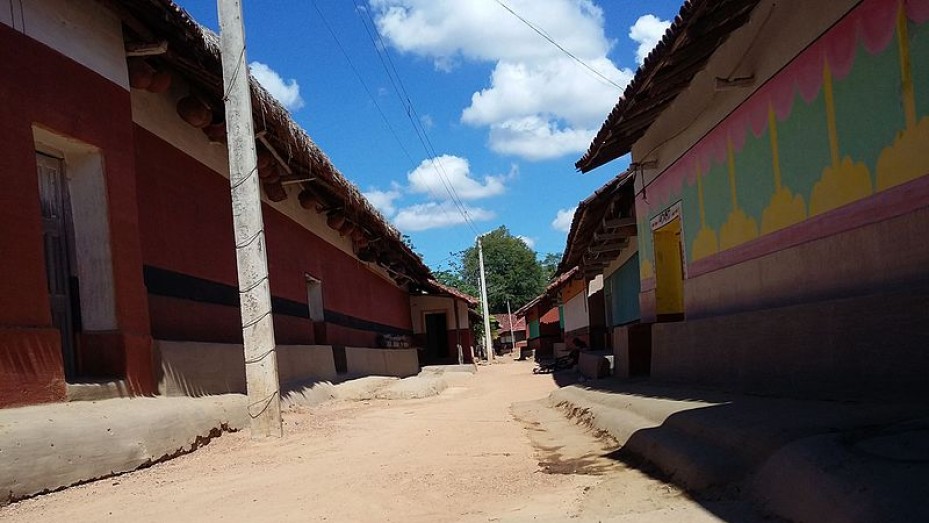 This district, once known for its thick & extensive forests, is now bereft of much of its jungle wealth. The medicinal plants such as Sarpgandha, Raigami or Dhami, Kazwa, Chiryaita are now almost extinct. There has been large-scale destruction of forests in the past few years.

There are three main rivers in this district namely Bansloi, Torai & Brahmini. Bansloi & Torai rivers flow in the middle and Brahmini flows in the southern part of the district.

The authentic history of this area is very little known before the medieval period. Basically two petty estates known as Pakur Raj and Maheshpur Raj existed in this area. These two zamindars linked with Mughal administration were responsible for the care and nourishment of this Paharia domain.

After the battle of Plassey the victorious Britishers developed their administrative network to control these areas through the Birbhoom district of West Bengal. Captain Boronie was the first British officer who prepared a plan to win over the Paharias, the real inhabitants of this area.

The contribution of the Santhal heroes like Sidhu, Kanhu Chand & Bhairav will be remembered forever. Their immortal remains may be seen at different place in Santhal Pargana Division.

Tourist Places In And Around Pakur

Pakur has some very important tourist attractions which cater to both religious and adventure tourists. Some of the main attractions of Pakur are Siddhu Kanha Park and Nityakali Mandir, which is a must visit place for the tourists visiting Pakur. Some other places of interest include Dharni Pahar and Hot Spring where visitors can take a holy dip in the pool.

The winter season is the ideal time for the travellers to visit Pakur. The temperature is pleasant during this time and travelling with light winter clothing is a good idea during this time.

Pakur can be reached easily from Ranchi, the capital city of Jharkhand and one has the option of choosing taxis and buses. Pakur also has a railway station and trains are also a popular mode of transport.

Pakur is Famous for

How to Reach Pakur