Pahalgam – An Illustration Of Heaven On Earth 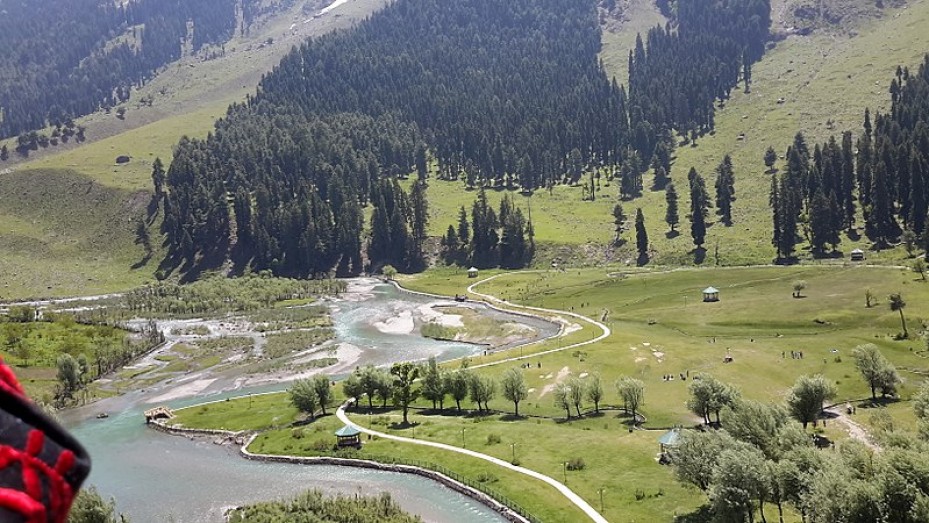 Pahalgam is a noted tourist spot located in the Anantnag district of the state of Jammu & Kashmir. The village can trace its history back to the medieval times, during the reign of the Mughals, when it was just a shepherd village. The rich culture of this place reflects in the food, clothes, and lifestyle of the locals. Apart from Hindi, other languages spoken in this region include Urdu, Kashmiri and English.

Situated at an elevation of 2740 m and a distance of 95 kilometres from Srinagar, the place is abundant in dense forests, beautiful lakes, crystal-clear streams, and meadows of flowers. One of the prominent features of this place is that it is the point of convergence of the two rivers namely, the Aru and Sheshnag.

Tourist Places In And Around Pahalgam

The Sheshnag later forms glaciers over the Himalayas, while the Aru merges into the Kolahoi Glacier. The famous Amarnath Yatra, an important Hindu pilgrimage, passes through Pahalgam, from where it takes another 3 days to complete.

Tourists can also undertake treks to Chandiwar, Aru Valley, and the Kohli Glacier with Pahalgam as a base. A trip to Leh can also be planned from this site. Jeep safaris are also available from here. Mattan, Tarsar Lake, Shikargah, Sun Temple, Aishmuqam, Lidderwat, and Mamaleshwar Temple are some of the prominent tourist spots of Pahalgam.

A visit to Baisaran, situated at a distance of 5 km from Pahalgam, is recommended, as it is surrounded by thick forests, meadows, and snow-covered mountains, which make for a magnificent view. At a distance of 16 km from Pahalgam and an altitude of 3353 m lies a lake named Tulian, a popular tourist spot. Hiring a pony is a convenient option for individuals wishing to visit this place.

In addition to this, another popular tourist destination named Chandanwari, situated at an elevation of 2923 m above sea level, is located in the vicinity. This place is known for its famous snow bridge that allows for a picturesque view. Panchtarni, situated at a distance of 40 km from Pahalgam, is a prominent tourist destination. Located at the site of confluence of 5 streams, this place is the final stoppage of the Amarnath Yatra, an important Hindu pilgrimage.

The place is also a popular camping site and is situated at a distance of just 6 km from Amarnath. Additionally, Hajan, a popular destination in the Baramulla district of Jammu & Kashmir, is located in the vicinity.

Owing to its scenic beauty, a number of Bollywood movies have been shot in this place. Visitors wishing to spend their vacation in Pahalgam can visit this place at any time of the year.

The weather of the place remains pleasant in every season. Pleasant and mild weather is experienced here throughout the months of April to June. Those wishing to see snowfall can visit this place between the months of November and February. The months of July and August witness thousands of pilgrims making their way across the valley to Amarnath. However, the duration from mid-April to mid-November is considered to be the best for visiting Pahalgam.

Tourists visiting Pahalgam can take back with them local handicrafts of the region, which include carpets, shawls, and clothing in traditional patterns.

How To Reach Pahalgam

Pahalgam is well connected to other major cities in the country by air, rail and road.

Pahalgam is Famous for

How to Reach Pahalgam