Bengaluru: Travel To Kempegowda International Airport From City At Just Rs 35; Here's How 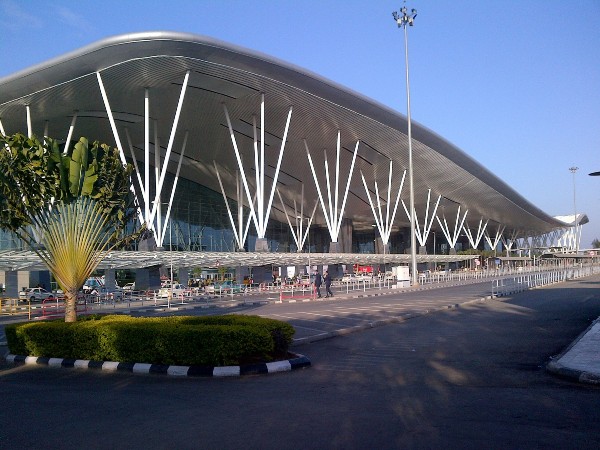 Here is the good news for all the Bengaluru people!

Traveling to Kempegowda International Airport is now an easy task for Bengaluru people. The South Western Railway (SWR) has announced five new MEMU (Mainline Electric Multiple Unit) trains which have made travel easier and more efficient towards the Bengaluru airport. Operational from 29th July 2022, now Bengaluru people can travel to the airport without affecting their pocket in just INR 35.

One of the biggest problems of Bengaluru people has been resolved by South western railway and to break the news SWR tweeted saying " In order to provide additional connectivity to Kempegowda International Airport, #Bengaluru additional MEMU U/R Express Special services are introduced as detailed below".

The trains have been introduced to cater to the increasing demands of passengers traveling to and from the airport, with a journey time that is faster than an average bus ride. The new trains are equipped with state-of-the-art technology and infrastructure, which has made the commute smoother, faster, and more comfortable. The new trains are aimed at making travel to the Kempegowda International Airport more convenient.

While we compare cabs, we all know the price for one way journey to Kempegowda International Airport is no less than INR 500 and BMTC Vayu Vajra's average fare is also no less than INR 230 to reach airport. During such times when Bangalore people sometimes pay the equivalent of their flight tickets to reach Bangalore airport, South Western Railway's newly introduced MEMU Express has been set at only ₹30 - ₹35 per head.

There are five new MEMU Express trains introduced that will provide connectivity with the KSR airport as follows:

Apart from Sunday, the MEMU trains for the airport will run 6 days a week (Monday to Saturday). The trains will start the services from 3:15 am and will be operational till 9:41 pm.
Bengaluru International Airport Limited (BIAL) has constructed a halt station. All the five MEMU Express trains will stop at the halt station which is approximately 3.5 km away from the airport. A free shuttle service between the halt station and the airport terminal is provided by the BIAL.