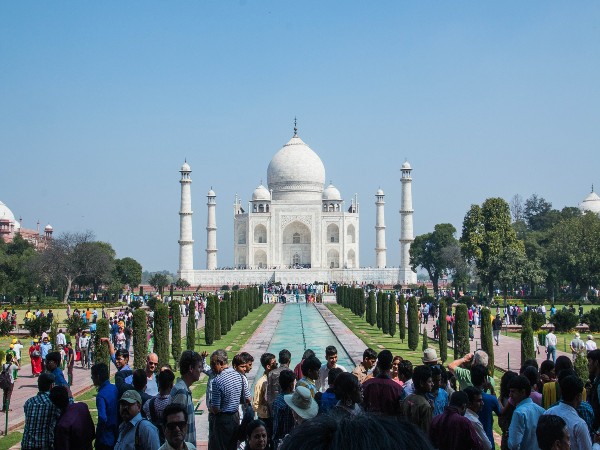 All commercial activity is prohibited within 500 meters of the Taj Mahal in Agra, according to an order by the Supreme Court. Within a 500 m radius of the Taj Mahal, there are many stores, emporiums, hotels, and restaurants and the order has generated controversy since it casts doubt over hundreds of businesses that operate near the renowned structure, which is also one of the new seven wonders of the world.

This Monday, the Supreme Court issued an order directing the Agra Development Authority (ADA) to take urgent action and cease all commercial operations as the Taj Mahal is a World Heritage Site and receives thousands of tourists each year.

A group of store owners petitioned for the order after learning that they had been moved from their old site to a new one. The group protested that they were ordered to leave when there were still several business activities taking place nearby. At least 500 retail establishments in the Taj Ganj area will be impacted by the Supreme court's decision.

The locals and business owners, however, are not pleased with this decision. According to the Tajganj locals, if this order is carried out, it will completely erode the livelihood of many people who have operated their businesses from homes within 300 meters of the Taj Mahal's outer edge for decades.

After the Supreme Court's most recent decision, more than 400 businesses, including hotels, may be forced to close, potentially affecting 50,000 people. People are currently considering filing a review petition with the Supreme Court. The ADA, on the other hand, has already begun to scan and list all business facilities.