Nativeplanet
»
News
»Motera Stadium: Everything You Need To Know About The World's Biggest Cricket Stadium

Motera Stadium: Everything You Need To Know About The World's Biggest Cricket Stadium 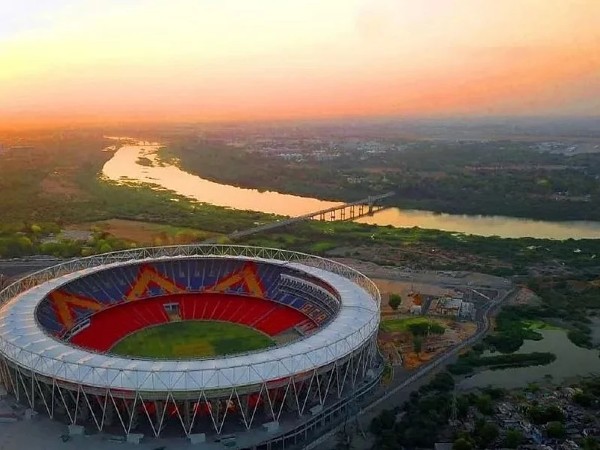 Constructed in the year 1982, Motera Stadium is the World's Biggest Cricket Venue. It is positioned near the banks of the Sabarmati river in Ahmedabad in Gujarat. In September 2015, the Gujarat state government decided to rehabilitate the stadium to make it the largest cricket venue by capacity; and they succeeded.

Motera Stadium is hosting its inaugural international match between India and England on Wednesday, February 24, 2021, and the teams are set to create history by playing at what will be the world's biggest cricket venue.

Abreast the historic match, social media is flooded with tens and thousands (if not millions) of images and videos. From cricketers to spectators, everyone's reaching out to the social platforms to share this historic moment.

Ere remodelling, Motera Stadium could host 48,000 spectators. However, now it can accommodate 90,000 spectators at once, i.e, more than the well-known Melbourne Cricket Ground in Australia. The National teams, pros and a few lucky spectators and fans gear up to behold the action from Wednesday (February 24), and here's a quick look at everything you need to know about this World's biggest cricket venue - Motera Stadium

It's spread across 63 acres and has four admission points.

It can host 1,10,000 spectators for any live event. On a whole, it is the second-largest sports venue in the world.

Ere it was shut down for renovation, Motera hosted 23 ODIs, 12 Tests, and 1 T20I. It first hosted an international match during the 1984-85 series between India and Australia. It was also one of the venues for the ICC Champions Trophy in 2006, hosting five matches. It has also hosted world cup matches as well.