Heal in India: India To Launch Desks At 10 Airports To Boost Medical Tourism 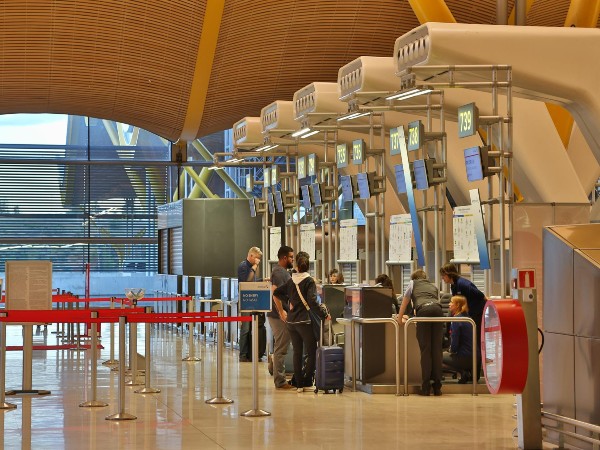 India is set to launch a new initiative to boost medical tourism. The country has decided to provide desks at 10 airports including Kochi, Mumbai, and Delhi to solve the queries related to medical travel, boarding, transport, and lodging among others.

To boost medical tourism in India, the government's 'Heal in India' initiative will be launching special desks at 10 airports, for which the highlights will be a multi-lingual portal and simplified visa norms. The portal for the same is also likely to be launched on 15th august this year.

Prime Minister Narendra Modi is likely to announce the same on August 15 this year and the Health Ministry will be giving clarity on its various aspects and measures.

Including Latin American, African, SAARC, and Gulf countries there are 44 countries as per government identification from where India receives the majority number of patients for medical purposes.

According to the sources, these new desks will be positioned at airports across the country in 10 airports as an effort to improve medical tourism facilities in India. The 10 airports where the desks will be launched for the ease of overseas travelers are Delhi, Mumbai, Bengaluru, Kolkata, Visakhapatnam, Chennai, Kochi, Ahmedabad, Guwahati, and Hyderabad from where the highest number of patients arrivals has been seen in India.

The initiative is expected to make it easier for patients who need immediate medical care. It will also help increase the number of tourists visiting India and consequently help boost tourism. And it is also believed that the 'Heal in India' initiative will increase India's global standing as a medical tourism destination.

The government has already taken several steps in this regard and it is expected that the new initiative will attract more people from all over the world who require medical assistance. It is also expected that these new desks will be able to provide a better service to patients who come from abroad.

12 states including Gujarat, Tamil Nadu, Telangana, West Bengal, Kerala, Maharashtra, Assam, Andra Pradesh, Haryana, Gujarat, Delhi, and Karnataka are the topmost states in India that see a higher tourism flow for medical treatment. Hence, The ministry has also made a plan to expand the infrastructure at 37 hospitals across 17 cities in these 12 states.

As compared to the USA, India offers 65 to 90 percent cheaper Medical treatment. Hence, the overall expense of treatment in India is two to three times less than in most countries. Along with these, India offers Ayurveda, Unani, yoga and naturopathy, Siddha, and homeopathy, which makes India an ideal destination for medical treatments or medical tourism.