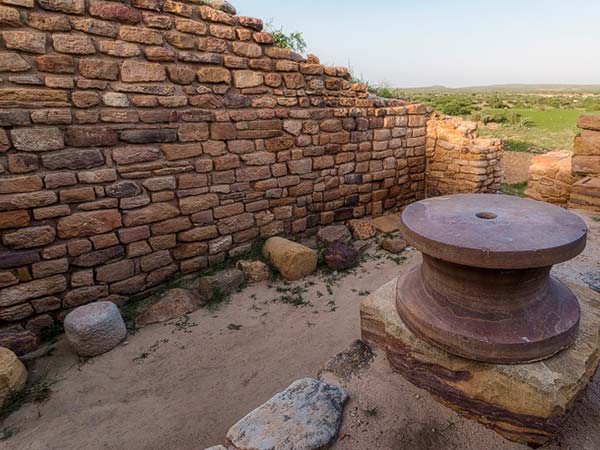 On Tuesday, 27 July 2021, UNESCO inscribed yet another Indian archaeological wonder to its roster of World Heritage List when it listed Dholavira, the Harappan city in the Kutch district of Gujarat as one. It becomes the first location of the Indus Valley Civilisation in India to be listed in UNESCO's World Heritage List.

Unearthed by ASI's Jagat Pati Joshi and team, in the 1960s, this marvellous archaeological site has continuously been studied since 1990 by the archaeological committees; consequently, unlocking new branches in the study of the Indus Valley civilisation. From 1995 until 2006, the Dholavaria site was researched and studied under the supervision of archaeologist Ravindra Singh Bisht.

The city is thought to be of a high economic and production value during its presence and proceeded to stay so, for almost 1,600 years before the villages ceased to flourish in 1400 BC.

There have been numerous other significant archaeological sites discovered from the Bronze era that include Kalibangan, Rakhigarhi, Harappa, Rupnagar, Mohenjo-Daro, Ganeriwala, and Lothal.

The unearthing has also found many artefacts and monuments that include gold, terracotta ornaments, silver, bronze vessels, and pottery. Archaeologists believe the hamlets that once existed had trade ties with Sindh and Punjab, south Gujarat, and Western Asia.

If you are a history buff and would like to know more about India's 40th UNESCO World Heritage Site - Dholavira! We have a comprehensive article exclusively written on it for you.