Coronavirus Travel Update: What Is 'Vaccine Tourism' And Can Indians Go Abroad For Covid-19 Vaccine Shots? 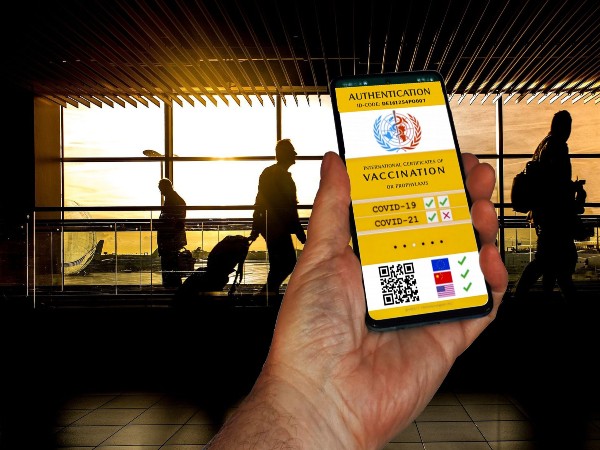 What is vaccine tourism?

Vaccine tourism means visiting another country or state to get a vaccine not available to you at home. Right now, vaccine tourism is all about the COVID-19, which has had a slow rollout in many states and isn't yet available worldwide. In the US and other countries that have the vaccine, some populations are getting priority, such as the elderly and health care workers. But some people who don't fall into these groups have reportedly been jumping the line and travelling elsewhere for their shots.

After a draft flyer of a 23-night 'vaccine tourism package' from Delhi to Moscow was leaked on social media, Dubai-based travel agency Arabian Nights Tours has been inundated with calls from eager Indians enquiring about it.

According to company executive Ankit Jain, the package has not been launched yet. "We have not launched the package yet. We drafted the flyer but it got leaked from our marketing team," Jain told informed the media.

And yet, the company has been fielding calls by Indians, who want to get vaccinated, about the Rs 1.29-lakh package, advertised by the flyer. The package includes a four-day stay in St. Petersburg, but its highlight is the promise of both the doses of the Sputnik V vaccine and a vaccination certificate.
While Jain maintained that the package is yet to be launched, Sujeet Singh, the Ahmedabad-based director of sales for Arabian Nights Tours, told ETTravelWorld that the package was, in fact, sold out to vaccine seekers from Dubai.

When asked about the logistics of the move, since the flyer says the tour is from Delhi to Moscow and not Dubai to Moscow, Jain said: "Right now, we are in the ideation stage. We haven't yet got approvals from the Russian government about how travellers will get the vaccine. Also, we have not taken money from anyone."

Russia is currently one of the few countries that allow Indians entry with just a negative PCR report and no quarantine on arrival, which could be a reason for the popularity of the package. The tour package also includes 20 days of accommodation in a hotel, all meals, flights and a few days of sightseeing.

The Russian-made Sputnik V vaccine recently received emergency approval from the Government of India and is the third vaccine to be in circulation in the country besides Covishield and Covaxin.

At present, it is only available in the private sector and is expected to be available in small and medium-sized hospitals from next month.

Vaccine tourism is not a new phenomenon and travel agencies in India had been preparing similar packages till early this year.

In December 2020, it was told the travel agencies had been in the process of preparing such packages in response to a large demand from Indians who wanted to travel abroad to get the jabs. At the time, countries like the UK and the US had approved Covid vaccines for emergency use but India had not.

However, all these companies have now scrapped their packages as they failed to get approval from governments in the US and UK to provide vaccine access for foreigners.

Gem Tours & Travels was formulating a tour package from Mumbai to New York priced at approximately Rs 1.75 lakh per head, which has now been scrapped.
"We will come out with a new package aimed at the single Pfizer shot so that the trip can be shorter. But it's a waiting game for approvals and we also have to take into account other countries' flight bans in view of India's second wave," said a senior official of the travel company.

'Moreover many countries not ready to welcome Indians'

According to Atmanand Shanbhag, chairman of Chariot World Tours, their 4-5 night tour package from Bengaluru to London priced at Rs 1.29 lakh has also hit a dead end.

"With the current number of cases in India, lots of countries are not ready to welcome Indians. I doubt the Russian tourism industry would be open to such tours," Shanbhag told.

Over 15 Countries have banned arrivals from India because of the severe second wave of the pandemic that has hit the country. Earlier this month, the World Health Organization (WHO) termed a Covid-19 variant first identified in India as a "variant of concern".

Meanwhile, Zenith Holidays has shifted focus away from tourism packages and towards importing medical aid for corporates and individuals.

Comments
Read more about: tourism coronavirus
Other articles published on May 24, 2021