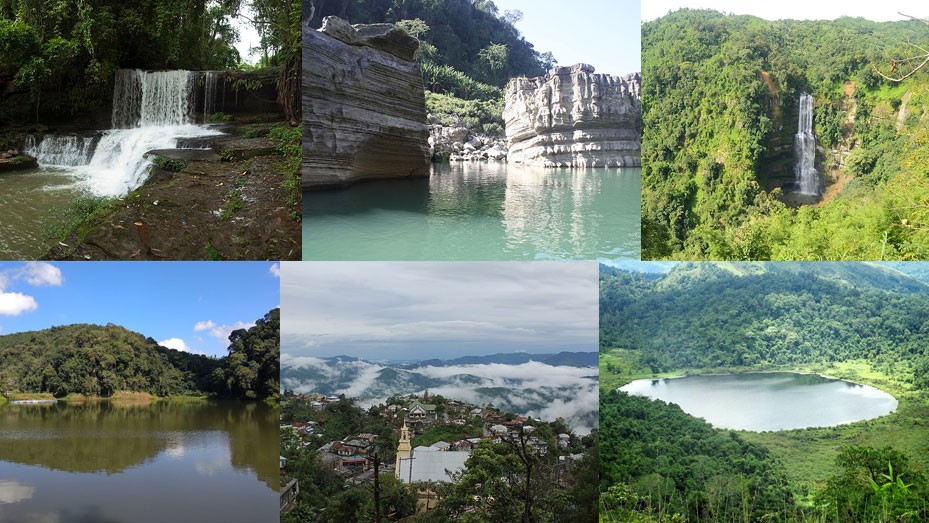 The hilly terrain, the green valleys and the meandering rivers are a common feature of all north-eastern states of India. Mizoram, one of the Seven Sisters of the north, is a small beautiful state nestled in the blue mountains and rolling hills. The word mizo means man of the hill and ram means land. Earlier it was regarded as a union territory, but later the state was formed in the year 1986.

Mizoram tourism offers a great opportunity to explore nature at her best. The exotic flora and fauna, the bamboo forests, the gurgling waterfalls, the beautiful paddy fields call all nature enthusiasts to visit the valleys of Mizoram. Chhimtuipui or Kaladan is the largest river flowing in the state.

The colourful and ethical dresses of the Mizos or the people of Mizoram are beautiful and very attractive for the tourists. It is believed that they had settled down here some 300 years ago. They are rooted and deeply attached to their culture and traditions. People of Mizoram are very simple, helpful and hospitable. The official language of the people is Mizo. Christianity is the main religion followed by the people here. The people are very talented and lively and are interested in music and dance. Music is an important part of their culture. They play drums which are known as Khuang made of wood and animal hide.

Mizo people celebrate many festivals throughout the year. Lushei, Mara, Lai, etc. are some of the important sub-tribes. The tribal festivals add a colour to Mizoram tourism. The spring festival Chapchar Kut is one of the main festivals of Mizoram. The famous bamboo dance or Cheraw is done by the local people with great pomp and vigour. Another traditional dance called Khuallam is practised by the Mizos to mark the advent of spring. During this festival, local people exhibit their skilled handicrafts and handlooms.

As agriculture is the main occupation of the people of Mizoram, the weeding of the lands is celebrated with a festival called Thalfavang Kut. It is a very significant festival for the people.

The three day Anthurium Festival is a major attraction for tourists at the Reiek Mountain. This festival is held in the month of September every year and signifies the full blossom of anthurium.

Tourist Places In And Around Mizoram

Mizoram is a trekker's paradise and the Phawngpui Mountains is one of the best trekking spots of the place. Paragliding is a popular adventure sport in the region. There is a paragliding school which organises paragliding activities and festivals in association with the tourism department of Mizoram.

The climate of Mizoram is mild but receives heavy rainfall during the monsoon season. The summers in Mizoram are pleasant while the winters are cold. The winters though, are not so harsh as the average temperature ranges between 7 to 21 degree Celsius.