Matheran - Discovered By The Brits, Perfected By The Indians 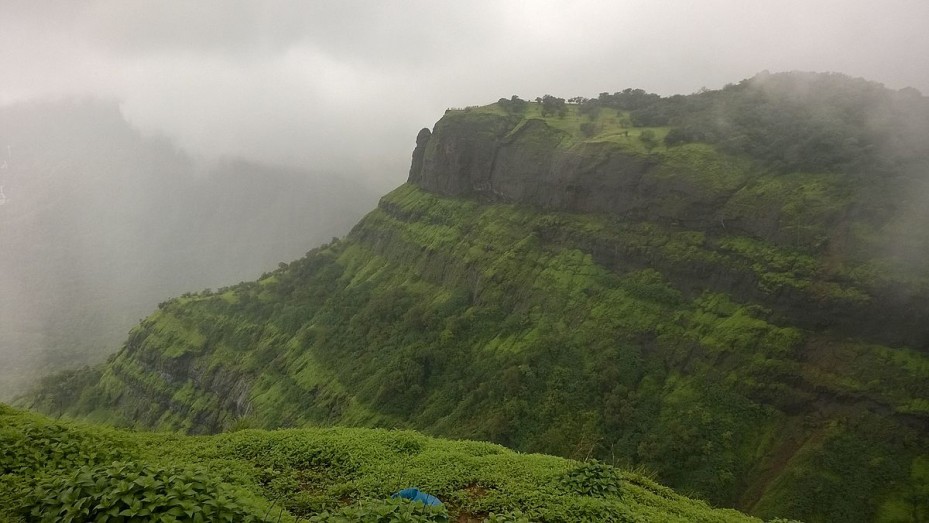 History has it that a certain Hugh Polyntz Malet was behind Matheran’s discovery in 1850. A casual day at shooting had led him to unearth this place. As with Panchgani, the Britishers immediately took to transforming this locale into a summer retreat spot.

Characteristic of any hill station, Matheran too has several lookout points that offer spellbinding views of the nearby horizon. Of the 38 official points, the Panorama Point is one such point that gives a complete 360° view of the entire region.

One may just fall in love with the surreal sunrise and sunset that can be seen from here. The Hart Point provides with a bewitching sight of the multi coloured lights emanating from the busy night life of Mumbai. Matheran is an amazing hill station in Maharashtra – the smallest and the most popular.

At a dizzying altitude of around 2,650 ft, this tourist spot is nestled in the hilly region of the Western Ghats range. Matheran’s proximity to large, busy cities like Mumbai and Pune, makes it the best option for a quick retreat over the weekends. Matheran literally translates to ‘Forest on the Head’.

Prabal Fort, A Name To Reckon With …

Prabal Fort, a historic fort, can be clearly seen from the Louisa Point, another famous point. The fort is presently in ruins but was a majestic sturdy structure during its heydays. A few other famous points are the Monkey Point, the Porcupine Point and the One Tree Hill Point.

Matheran is replete with buildings and monuments that are structured in a style that is inspired from old British architecture. Most of these structures are now declared as heritages.

Natural Wonders Of Matheran - Tourist Places In And Around Matheran

The Charlotte Lake is a popular destination for relaxing. One can indulge in bird watching, taking a quiet walk with a loved one by the bank or just simply spending time with your kids in the garden. Don’t forget to visit the rustic temple of Pisarnath while you’re there.

Morbe Dam is another water body location one shouldn’t miss out on. Matheran’s forest cover is thick and impenetrable in a few parts. Tourists will be in for a surprise to see monkeys freely roaming around the entire region. It is usually advised to not carry any plastic items as the monkeys are sure to snatch them away from you. You have been warned!

Matheran Has No Cars!

An interesting fact about Matheran is that it is one of those very few areas in the world where no kind of vehicles are allowed. It is ecologically influenced and gives you a glimpse into the time when there were indeed no vehicles around. With no vehicles, there is very little pollution and less honking.

As a result, this quiet little hillspot retains its charming tranquility despite the thousands of tourists who travel its plains every single day. This is the reason why horse riding is a compulsory fun activity that no tourist can escape! There are hand-driven carts as well.

The only vehicle allowed in is the ambulance. Shoppers can go crazy in the many bazaars at Matheran, with a host of things put on display for tourists, right from some creative artefacts to souvenirs that you can take back home.

Its Chilly The Year Round - Matheran Weather

The fact that it is a hill station protects Matheran from the scorching sun in summer. The weather here is chilled for almost throughout the year, with the nights getting refreshingly cold. Frequent visitors will swear by the exotic landscape that seduces you in the monsoons.

It is an absolutely thrilling experience to see the gushing waterfalls cascading, and the lush greenery all around you. Even a mere car journey up the Ghats to this place transforms into something so romantic and memorable.

How To Reach Matheran

Matheran is easily accessible from all the metros and major cities in India. It has a well connected network in place whether you are planning to travel by air, rail or road. Neral is closely connected to Matheran by rail. The journey by train from Neral to Matheran will take your breath away.

If you plan to get there by air, the closest airport is the Pune airport from where you’ll have to hitchhike a ride up the ghats. The best possible option is to drive up to this place, but be warned that the ghats can be tricky for an amateur driver – especially during the monsoons.

Whether to escape the city heat, the maddening daily life, the pollution or the traffic – Matheran meets every traveller’s need. This hill station just has you coming back for more.

Matheran is Famous for

How to Reach Matheran