Mantralayam - The Vrindavana Of The South 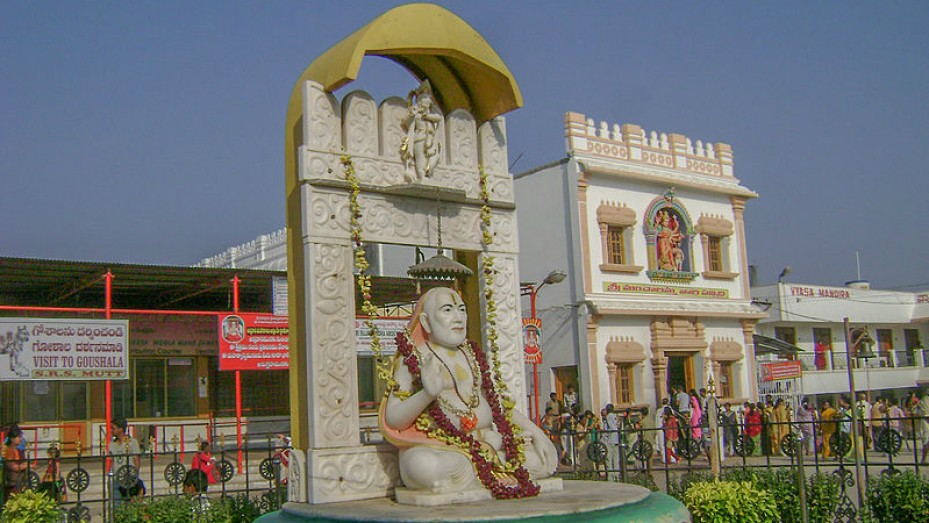 Mantralayam is a small town located in the Kurnool district of Andhra Pradesh, an Indian state that lies in the southern region of the country. The town was established on the banks of the Tungabhadra river, and the town shares its border with the state of Karnataka. The town is popularly referred to as Manchale.

The town is very popular among the Telugus because of the Vrindavana that was built by Guru Raghvendra Swami. The Guru was a holy man and followed the sect of Madhwa saints who regarded Sri Madhwacharya as their leader. According to the locals, Guru Raghvendra Swamy has been residing in this Vrindavana of the south for the last 339 years and will continue living in the place for the next 361 years as well.

It is believed that when the Guru entered Vrindavana he had proclaimed that he would continue residence in the place for 700 years. For this reason, Mantralayam is considered a holy town by the Hindus of the country.

Tourist Places In And Around Mantralayam

Some places of interest in the town of Mantralayam are Sree Guru Raghavendra Swami Temple, the Bikshalaya and the Panchamukhi Anjaneya Temple.

How To Reach Mantralayam

The town does not have an airport but is easily accessible via road and trains. The railway station in the town is about 16 km from the centre of the town. There are many state run buses as well as private buses that will take you to Mantralayam.

The town has a tropical climate because of its geographical location and experiences very hot and dry summers while winters are mildly cold.

Mantralayam is Famous for

How to Reach Mantralayam