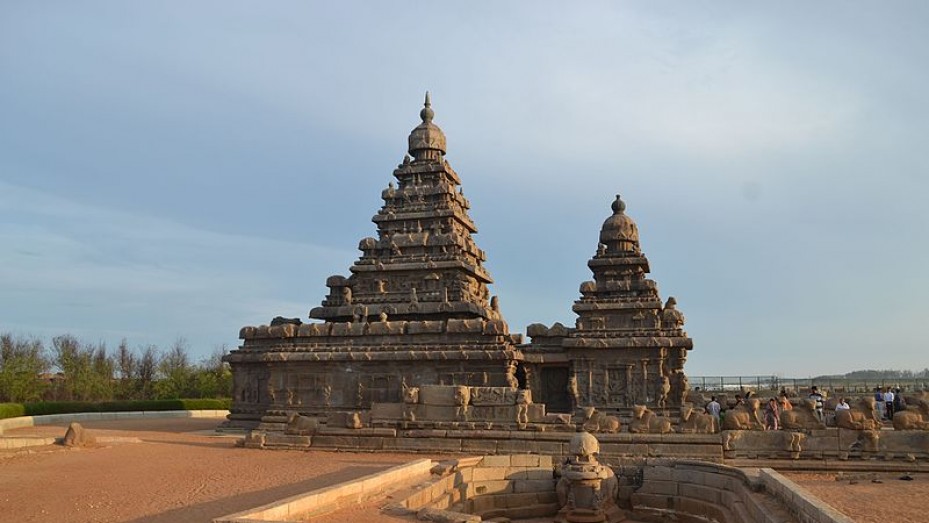 Mahabalipuram, now officially called Mamallapuram, is a town in the Kanchipuram district of the Tamil Nadu state. It is a 7th century port city of the famous Pallava dynasty, a home to various significant monuments that were constructed between the seventh and the ninth centuries.

It has been classified as a UNESCO World Heritage Site due to the presence of these aforementioned historical monuments. Mahabalipuram faces the Bay of Bengal and is situated on the Coromandel Coast.

During the Golden Age of the Pallavas, the years between 650-750 AD, Mahabalipuram saw marked improvements in art, architecture, poetry, drama and nearly all other facets of cultural identity.

Tourist Places In And Around Mahabalipuram

As was touched on earlier, it was during the rule of the Pallavas that Mahabalipuram flourished as a whole. The rock cut caves, silver sandy beach, casuarina trees and temples cut from a single rock are some of the alluring attractions this historic town has to offer to tourists and pilgrims.

Mahabalipuram has a number of attractions to feast one’s eyes upon and they include the Krishna Mandapam, the Five Rathas, the Varaha Mandapam and the Shore Temple. The Cholamadal Artist’s Village lies about 30 km from the town and is home to various paintings, crafty articles and sculptures.

The Mahabalipuram Beach contributes extra splendour to the construction of the Pallava Empire and many a tourists can be found relaxing here from dawn to dusk. About 5 km away from the town, there exists a shrine dedicated to Goddess Durga which has a number of beautiful figurines. The nearby Tiger Cave and Crocodile Bank serve as popular picnic spots for people of all ages throughout the year.

How To Reach Mahabalipuram

The town is well connected to the surrounding towns and cities via buses. Other means of transport are also available in reasonable proximity. Conversing with the locals shouldn’t be a problem for tourists as both Tamil and English are spoken widely in Mahabalipuram.

Due to the presence of the sea nearby, the climate is temperate and windy.

Mahabalipuram is Famous for

How to Reach Mahabalipuram