Indore - The Heart Of Madhya Pradesh 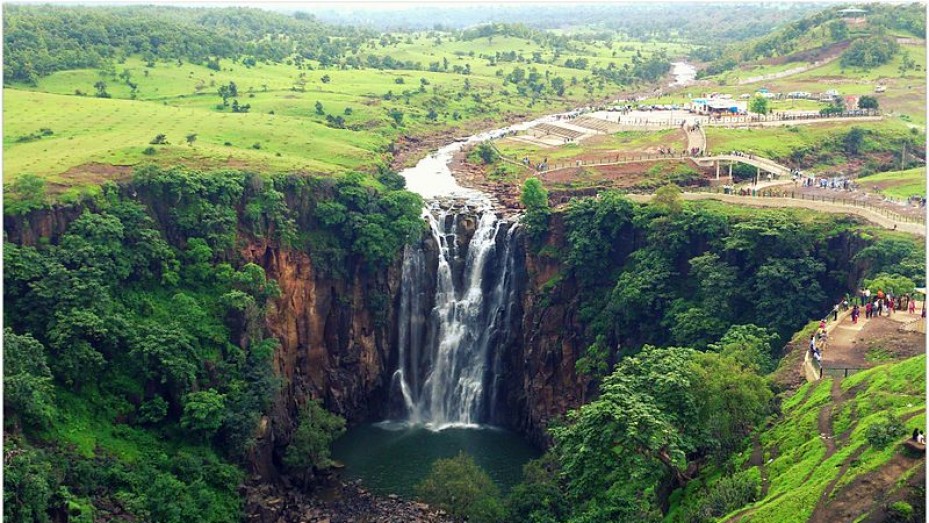 Indore, located on the Malwa plateau of Madhya Pradesh, is a tourist’s delight. A land blessed in location as well as man-made attractions, Indore aptly enjoys the title of being called the heart of Madhya Pradesh. Indore tourism takes you to the beautiful city where gleaming rivers, placid lakes and lofty plateau present a breathtaking view.

The wonderful natural landscape is dotted with architectural splendours that reflect the glorified past of the land. The city is the point of confluence of two rivers, river Khan and Saraswati.

Presenting a beautiful balance to such natural wonders is the perfect blend of the past and present. This blend happily coexists in the structural, cultural and social life of the vibrant city of Indore, which enriches its tourism aspect.

A Peek Into The Times Of Yore

Indore is the largest city of Madhya Pradesh and has a rich past, which it has preserved daintily. The city has a famous 18th century temple dedicated to Lord Indreshwar. Indore derives its name from the reigning deity of this temple.

The city was found by Rao Nandlal Chaudhary and has remained a witness to the rules of many great dynasties and rulers. But it is the rulers of the Holkar dynasty who have given Indore a distinct identity in the pages of history.

Tourist Places In And Around Indore

Indore tourism presents a beautiful merge of aesthetic palaces, splendid monuments and spectacular religious sites for its tourist places. Such tourist places have given Indore the distinct position of being one of the most popular tourist destinations in India.

While visiting Indore you can explore such attractions as the Rajwada, a spectacular palace; the Kaanch Mandir, a stunning glass temple; Bijasen Tekri, a viewpoint to get a splendid glimpse of the city; Lalbagh Palace, a reminder of the great taste and lifestyle of the Holkar rulers; Patalpani waterfall, a natural wonder; Meghdoot Upvan, a garden of unparalleled beauty; Gandhi Hall, a prime landmark of the city; Geeta Bhawan, a shrine that welcomes people of every religion to offer prayers in its vicinity; Indore Museum, the preserver of the city’s heritage and culture and several other brilliant destinations that hold attractions for the tourists.

A Happy Rhythm Of Past And Present

Indore is a place where the beauty of monuments and landmarks prominently shape the exquisiteness of the city. It is a place where grand old monuments like a two-century-old palace, Rajwada, stands majestically even in this modern age of technology.

The exclusive beauty of French, Mughal and Maratha architecture, that is evident in the outstanding monuments, keeps visitors mesmerized even today. It is not only the existence of the beautiful attractions from the past, but also a concerted effort to keep the history of the land alive that has added to the attraction of Indore among the tourists.

A Charming Land Of Craftsmanship

Indore is famous for its vibrant and colorful arts and crafts industry. The industry is in itself a brilliant exhibition of traditional skills, enduring craftsmanship and hereditary identity. The various thriving traditional crafts industry of Indore are hand block printing, tie and dye or Bandhej, batik, jute industry and zari work.

A lot about the land’s distinct style and uniqueness is exhibited through the arts and crafts of the land.

Another reason for Indore being a popular tourist destination is the availability of comfortable and affordable accommodation across the city. Indore has several hotels and rest houses of excellent quality, which provide all basic facilities.

How To Reach Indore

The city is well connected through several means of transport like flights, trains and road transportation vehicles.

The best time to visit this city is during the winter season, when the nature blesses the place with a pleasant weather.

Indore is Famous for

How to Reach Indore