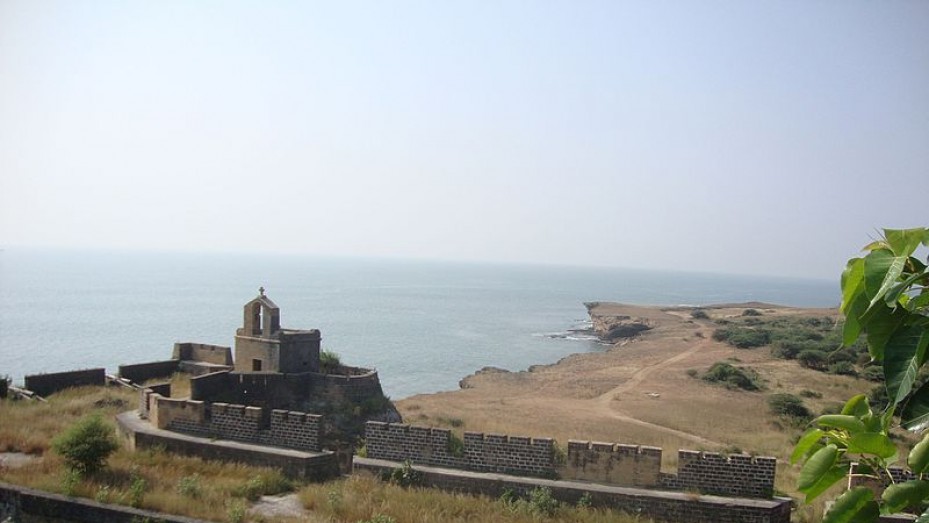 Diu is a tiny island situated in the southern tip of the Saurashtra (Kathiawad) peninsula of Gujarat. Representing a stunning blend of sun, sand and sea, the island is nothing short of a paradise complete with palm trees swaying gently in the breeze and the waves of the Arabian Sea lapping the shores.

Over ancient and medieval times, Diu was ruled over by several kings and dynasties. It went on to become a Portuguese colony and remained so till the year 1961 when it became a union territory along with Goa. It was separated from Goa in 1987.

Tourist Places In And Around Diu

Blessed with a laid back ambience, the sun, sand and sea, Diu is fast emerging as the ultimate beach destination in India. Away from the madding crowds, the beaches retain their pristine quality and are a magnet for those who want to leave the cares of the world behind and bask in the glory of nature.

One of the prime attractions is the Nagoa Beach, which is located about 20 minutes’ drive from Diu. It is a semi-circular beach and bears the shape of a horse shoe. The beach is good for swimming while the more adventurous can enjoy sailing, boating, water skiing or similar other exciting activities.

Ghoghla Beach, near the village Ghoghla is one of the largest, gentlest and the most spectacular beaches in the district of Diu. The beach is an ideal destination for swimming, parasailing, surfing and other exciting water sports.

Jallandhar Beach, located just 1 km away from the city of Diu, takes its name from a mythological demon whose shrine is located on a close-by hillock. The beach is a haven of beauty, peace and tranquillity.

Diu also has its share of temples and churches. Another prominent attraction is the Gangeshwar temple dedicated to Lord Shiva. It is located in the village Fadum, just three km away from Diu. You can also visit St. Paul’s Church, named after St. Paul, the apostle of Jesus Christ and the Church of St. Francis of Assisi, one of the oldest churches in Diu.

Then there is the St. Thomas Church which was built by the Portuguese in the year 1598. There are several interesting museums in Diu including the Sea Shell Museum. While in Diu you can also check out impressive forts such as Diu Fort and the fortress Pani Kotha.

The weather in Diu is normally pleasant throughout the year.

How To Reach Diu

Diu is easily accessible via air, train and road.

Diu is Famous for

How to Reach Diu