Coorg - Of Rolling Hills And Plantations 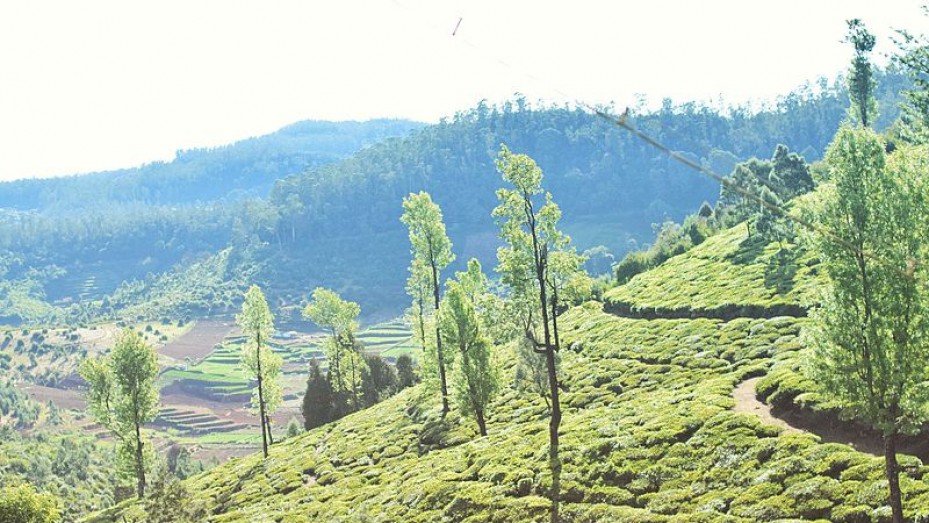 Coorg or Kodagu is one of the popular tourist destinations in Karnataka. Coorg, which is situated in the south-western part of Karnataka in the Malnad area of Western Ghats, is primarily a mountainous district that lies at a varied altitude of 900 m to 1715 m above sea level.

Coorg, is aptly termed as the Scotland of India and the Kashmir of Karnataka. The place is famous for its evergreen forests, lush green valleys, misty hills, sprawling coffee plantations, tea estates, orange groves, lofty peaks and fast-flowing streams. It is a popular weekend getaway in Southern India, especially for people from neighboring Dakshina Kannada, Hassan and Mysore districts of Karnataka and Kannur and Wayanad districts of Kerala.

Coorg offers a magnificent old-world charm which is reflected in its sleepy towns. Tourists to Coorg can experience a laid-back and relaxing ambience and enjoy a slow-paced life owing to the picturesque surroundings that offer breathtaking views of both the eastern and western slopes of the Western Ghats.

A Haven For Tourists - Tourist Places In And Around Coorg

Coorg houses a lot of scenic attractions that are frequented by visitors and they range from historical monuments, such as palaces and forts to ancient temples, ecological parks, waterfalls and sanctuaries. The main attraction of Coorg is Talacauvery which is the origin of Cauvery. Others are the Abbey Falls, Iruppu Falls, Mallalli Falls, Madikeri Fort, Madikeri Palace, Raja's Seat, Nalknad Palace and Gadhige (Raja's Tombs).

Some of the famous religious destinations in the vicinity of Coorg are Bhagamandala, the Tibetan Golden Temple, the Omkareshwara Temple and Talacauvery.

Excellent opportunities for outdoor activities like trekking, golf, angling and river rafting can be chosen here. Most of the trekking trails in Coorg are located in the Brahmagiri Hills of the Western Ghats. The Pushpagiri Hills, Kotebetta, Igguthappa, Nishani Motte and Tadiandamol are the other trekking destinations in Coorg.

The Upper Barapole river, situated in the Brahmagiri Hills towards the south of Coorg, is the destination of water sports enthusiasts; whereas, Valanoor, the backwaters of river Cauvery, is the favourite destination of avid anglers.

November to April is the most suitable season to visit Coorg. Coorg can be reached only by road and the place is well connected from Mangalore, Hassan, Mysore, Bangalore, Kannur and Wayanad by roads.

How To Reach Coorg

The Culture Of Coorg

The scenic hill station of Coorg is also famous for its unique culture and traditions. Huttari, Mercara Dasara, Keil Podu (Kail Muhurtha or the Festival of Arms) and Cauvery Sankramana or the Thula Sankramana are some of the festivals celebrated in Coorg. The local cuisine, especially the non-vegetarian dishes, is very famous amongst the various South Indian cuisines.

The population of Coorg comprises of various tribal communities like Kodava, Tulu, Gowda, Kudiyas, and Buntas. A majority of the population belongs to the Kodava tribe (Kodavas or Coorgies) and they are known for their hospitality and bravery.

Coorg is internationally renowned as a prominent coffee producing centre and the place experiences a typical tropical climate. It was the British who introduced coffee plantations to Coorg. Arabica and robusta are the major coffee variants that are cultivated here. This place is also famous for its honey, cardamom, pepper and orange production.

Coorg's Name And A Peek Into History

There are many theories related to the origin of the name Kodagu. Some believe that Kodagu was derived from Krodhadesa, the land of the Kodava tribe. Others believe that Kodagu originated from the word Kodava which evolved from two words “Kod” (give) and “avva” (mother) which denoted Mother Goddess Cauvery. Later Kodagu was anglicised into Coorg.

The historical records of Coorg can be dated back to 8th century AD, when it was under the rule of Ganga dynasty. Coorg later became a territory of various rulers like the Pandyas, Cholas, Kadambas, Chalukyas and Changalvas. The Hoysalas gained power over Coorg from 1174 AD but it was subsequently occupied by the Vijayanagara Rayas by mid-14th century. The region, thenceforth, was ruled by the local chieftains called the Nayaks. The Haleri dynasty or the Lingayat Rajas took over Coorg in the mid-16th century and ruled over this region till the early 19th century.

Coorg was under the direct governance of British till the Indian Independence in 1947 and it became an independent state in 1950. In the year 1956, during the re-organisation of the states, Coorg was merged with Karnataka and today, Coorg is the smallest district of Karnataka with three taluks–Madikeri, Somavarapete and Veerajapete. Madikeri serves as the district headquarters of Coorg.

Coorg is Famous for

How to Reach Coorg