Bangalore - The New Face Of India 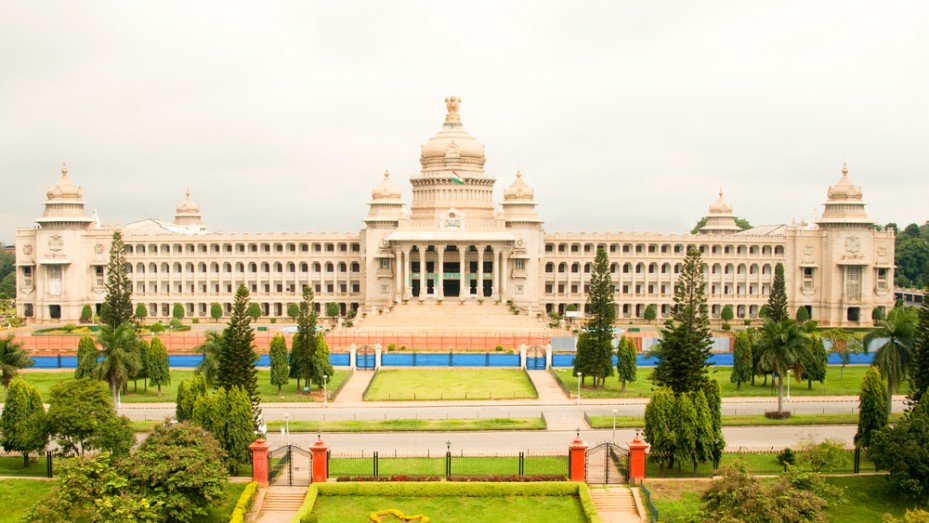 With its bustling malls, ever-packed roads and high-rise buildings, Bangalore provides a new face to contemporary India, one that the younger generations can relate to. Kempegowda, a chieftain from the Vijayanagara Kingdom, established the first major settlement in what is currently modern Bangalore, in the year 1537

Some Bare Basics On The City

Bangalore was initially ruled by the Western Gangas and then by the Hoysalas. The region was later on ruled by Hyder Ali and then by his son Tipu Sultan. Once called Bendakaluru, it was later anglicised as Bangalore and is now officially known as Bengaluru.

The city, which was previously known as the Garden City of India, is now termed as the Silicon Valley of India for its status as one of the major centres of the IT boom.

Bangalore is located in south-east Karnataka and the city lies in the heart of the Mysore Plateau, a part of the larger Deccan Plateau. Covering an area of 741 sq km, it has a population of about 5.8 million (third most populous city). Due to its location at an altitude of 3113 ft (949 m) above sea level, the city experiences a beautiful climate.

Bangalore is a heaven for tourists as the city is very well connected to other places and sports major tourist attractions, like the Jawaharlal Nehru Planetarium, Lal Bagh, Cubbon Park, Bangalore Aquarium, Venkatappa Art Gallery, the Vidhana Soudha and Bannerghatta National Park, which are must-visit locations.

It is also convenient to travel to places like Muthyala Maduvu (Pearl Valley), Mysore, Shravanabelagola, Nagarahole, Bandipur, Ranganathittu, Belur and Halebid from Bangalore.

The city has a lot of accommodation options ranging from budget to premium. The Leela Palace, Golden Landmark, Windsor Manor, Le Meridian, the Taj and The Lalit Ashoka are some of the major hotels that cater to tourists.

Things To Do In Bangalore

As it houses a multicultural society, you can find different cuisines in the city. From street food to international fast food joints, everything will be available. A large number of McDonald's, KFC, and Pizza Hut outlets can be found all over Bangalore and interested tourists can try out the local cuisine too at many places like MTR. Availability of North or East Indian cuisines is not a problem as many restaurants cater food items from other states in India.

Malls like The Forum, Garuda Mall, Central and Mantri Mall are good places to shop at as they feature both local and international brands. The Cauvery Emporium at MG Road is a good place to shop for ethnic items like sandalwood articles and channapatna wooden toys. Bangalore's nightlife is a very popular one, thanks to its vibrant youth base.

Thanks to its tropical climate, the city experiences frequent rain along with warm summers and cold winters. The city was once termed as a Pensioner's Paradise as the climate attracted retired people from all walks of life. The temperature generally ranges between 20°C to 36°C during the summer and 17°C to 27°C during winter.

Connectivity And Ease Of Travel - How To Reach Bangalore

Commuting in and around Bangalore is quite easy as the city is very well connected. To travel within the city, people depend on buses, autorickshaws, cabs and the metro trains. The Vayu Vajra buses connect the city to the airport. Bangalore is connected to other parts of the country by road, rail and air.

A major centre of South Western Railways in India, there are a few train stations around the city, such as City Central, Yeshwanthpur, Cantonment and K R Puram. The Bengaluru International Airport, situated at Devanahalli, 40 km away from the city, serves both domestic and international passengers.

The Local Culture And Heritage

Though Bangalore is a multicultural city, a majority of the population follows Hinduism. The cosmopolitan nature of the city has encouraged people across different states to settle in Bangalore and though Kannada is the official language of the state, most of the Bangalore population can understand and speak good English and Hindi.

The other languages commonly heard are Tamil, Telugu and Malayalam. It has the second highest literacy rate after Mumbai (83%).

The rich cultural heritage of the city has encouraged many organisations, such as Ranga Shankara, Chowdaiah Memorial Hall and Ravindra Kalakshetra to grow as strongholds of traditional and modern theatre.

The Bengaluru Habba, which takes place once a year, provides a good stage where people can display their talents and bring forth their performances. Major festivals in the city of Bangalore, like Deepavali and Ganesh Chaturthi showcase the rich religious culture in the city.

On The Rise As A Major Destination

The economy of the city grew greatly with companies like Infosys, Wipro and TCS establishing their Head Offices in Bangalore. Other major companies that have offices in Bangalore include LG, Samsung and IBM. The job market started attracting migrants from all over the world, which in turn led to the formation of a multicultural and multiracial society.

With so many options spread out for tourists, travelling to Bangalore can be a unique experience indeed!

Bangalore is Famous for

How to Reach Bangalore