Ahmedabad - The Pulse Of Gujarat 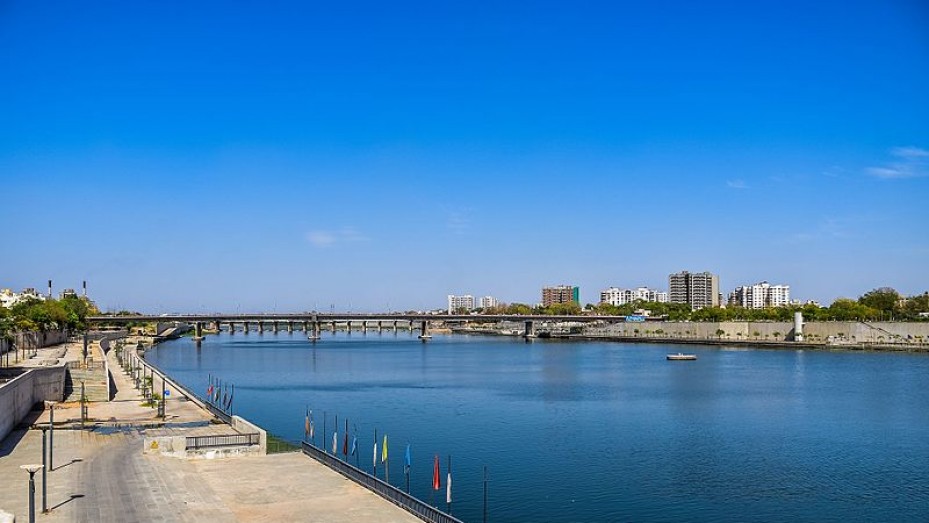 A city of paradox, Ahmedabad is a juxtaposition of all opposites. On one side we find the Gujaratis who are famous throughout India as master businessmen and on the other, we had Gandhiji with his Satyagraha and non-violence. Materialistic attitude one hand and the spirituality of self-renunciation on the other. With all such diversities, Ahmedabad is the best representation of the Indian culture and is also the seventh largest metropolis of India. Ahmedabad has also been rated as the fastest growing city in India.

The Background Story Of Ahmedabad

Ahmedabad is the financial capital of Gujarat. Located 32 km to the north of Gandhinagar, Ahmedabad is situated at the banks of Sabarmati river. Ahmedabad was formerly known as Karnavati, named after its ruler Solanki King Karandev I, but later when it got invaded by Sultan Ahmed Shah, it was renamed as Ahmedabad.

Impressions Of The Past

Mahmud Begda, the grandson of Sultan Ahmed, built a wall of 10 km circumference consisting of twelve gates, 189 bastions and over 6,000 battlements to fortify the city from further invasions. Each of these twelve gates have wonderful carvings and calligraphy on them. Some of these gates also have balconies. During the Mughal period, Ahmedabad was conquered by Samrat Akbar, but the Mughal who left his imprints on this place is Shah Jahan. Moti Shahi Mahal in Shahibaug was sponsored by him.

Gandhiji's Influence On The City

During the British rule this city gained prominence due to the Indian Independence Movement pioneered by Mahatma Gandhi. Gandhiji established two Ashrams—the Satyagraha Ashram, presently known as the Sabarmati Ashram and located on the banks of the Sabarmati river and the Kochrab Ashram in Ahmedabad. Gandhiji initiated the Salt Satyagraha movement by commencing the Dandi March from the Sabarmati Ashram in Ahmedabad. Under the British rule it was known as the Manchester of the East and during Gandhiji's Swadeshi movement, the textile industry proliferated quite rapidly. The famous Arvind Mills and Calico Mills came into existence at that time and produced indigenous textiles, for which they are renowned ever since.

Tourist Places In And Around Ahmedabad

A place full of historical monuments and all modern attractions, like huge malls and movie halls, Hutheesing Jain Temple, Sidi Sayeed Masjid, Swaminarayan Temple, Jama Masjid, Mahudi Jain Temple, Akshardham, the city walls and the gates, Rani no Hajiro, Badshah no Hajiro, Jhulta Minara, Sarkhej Roza, Dada Harir Vav, Adalaj Stepwell, are some of the places tourists flock to visit. There a number of museums, natural ecosystems and forests, like the Indora Natural Park and Kankaria Lake, which are centres of attraction for the tourists.

The total population of Ahmedabad is 4.5 million people. Ahmedabad, being a centre for commerce, has a large population of vanias (or traders), belonging to the Vaishnava Hinduism and Jainism sects. Also a major population of Parsis in India live here. There is also a small population of 300 Israeli Jews living in Ahmedabad. Muslims have always remained a significantly large community. Although Gujarati is the state language, Hindi is a commonly spoken language in business, education, government and in other sectors of daily life.

Ahmedabad has a hot semi-arid climate and it intermediates between desert and humid climates, with marginally less rain than required. This city experiences three main seasons: summer, monsoon and winter. Other than the monsoon season, the climate is extremely dry. January is mildly cold due to the cold northerly winds.

Things To Do In Ahmedabad

Ahmedabad has a vibrant cultural tradition as it is a congregation of diverse cultural and religious communities. Popular festivals like Navratri are celebrated for nine long days. Garba, a folk dance of Gujarat is performed during Navratri. Deepavali, Holi, Ganesh Chaturthi, Gudi Padwa, Eid ul-Fitr, Muharram and Christmas are other festivals celebrated with equal enthusiasm.

How To Reach Ahmedabad

Commuting within the city is quite easy as autorickshaws and buses are available. The Ahmedabad Municipal Transport Service (AMTS) runs the local bus service within the city. Situated in the Kalupur area, the main station of the city, the Ahmedabad railway station is also known as Kalupur station. Other stations of Ahmedabad are Maninagar, Vatva, Gandhigram, Asarva, Chandlodia, Kali Gam, Vastrapur, Sabarmati, Sarkhej, Naroda and Aamli. The Sardar Vallabhbhai Patel International Airport is located 15 km from the city centre and 8 km from Ahmedabad railway station. The bus stand serves both domestic and international passengers.

Today's Ahmedabad is the right place for any tourist to enjoy. Starting from shopping in big malls to enjoying the stay in international standard hotels, riding a safari in natural parks to visiting historical places, one can experience everything in this place. Ahmedabad has become a popular destination as it caters to each and every need of a traveller.

Ahmedabad is Famous for

How to Reach Ahmedabad